Angular is a complete toolkit that offers everything from development to testing when building a web application, while React is a flexible library that requires the support of other development libraries.

Let's compare these frameworks by the main parameters (performance, migration, size, deployment speed) and determine what is worth giving preference, depending on the goals.

Angular is a popular JavaScript framework that uses a real DOM and is suitable best of all for single-page applications (SPA), in which the content is updated from time to time by AJAX. Angular uses a two-way data binding process that reproduces all the changes when updating the Model in a safe, efficient, and intuitive way.

React is a front-end library that uses Virtual DOM and provides performance improvements for applications of any size that need regular content update. React is based on one-way data management and this provides better control over the entire project.

Angular usually releases major updates every six months. In addition, there is a period of six months before the core API is deprecated. This means that developers have two six-month update release cycles to make the necessary changes.

When it comes to Angular and React in 2020, version updates in React are generally simpler than in Angular. React scripts provide a smooth transition and stability when switching from one version to the other one.

Taking into account the size of each framework and library, React is suitable for lightweight applications, while Angular suits best for complex and heavy applications. Angular comes with a wide range of features and tools to empower developers - from templates to test utilities.

React is not a framework that provides you with a large set of functionality, architecture, like Angular. Thus, React is an excellent framework for creating a modern web development and designing a custom architecture.

Web application development is faster and easier in Angular than in React, due to a large number of customised tools out of the box. At the same time, React architecture is easier to scale than Angular one.

Since Angular is a large-scale framework that covers all stages - from creating a project to optimising the code, it is a complex framework for the deployment as a whole. However, since Angular provides a wide range of options, you can get a fully optimised application in the build when setting it up on any static hosting with a single command.

React does not come with the same tools like Angular, however, it does allow the compromise due to its flexibility. With React, you can combine and use any library.

The cases when you should decide to move forward with Angular:

The cases when React is the best fit:

Summing up, we can say that Angular is a good choice for large corporations, as it has a full set of tools and quality support. React is a fairly “grown” product, which is the most popular and recognised by developers today. Flexibility and easy integration with other libraries are the key features of the this product. ﻿Nowadays, React surely occupies the first lines of ratings.

Nowadays, there is a tendency that a lot of international businesses of any level prefer hiring developers in Ukraine as they find them highly experienced and reliable. > Outsourcing software development 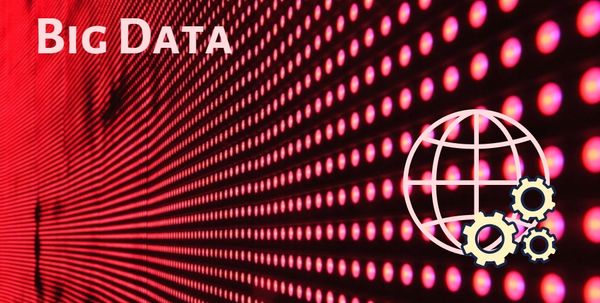 Big data is a huge amount of information, often unsystematic, which is stored on some kind of digital stores. However, large amounts of data cannot be covered by the usual